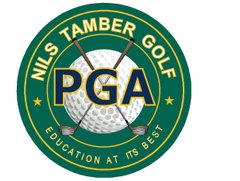 I started my golf career in the early sixties in Stockholm as an assistant golf pro to the British Golf Professional Donald Helmn. I taught, played, repaired clubs, and more. It was a lot of hard work but also lots of fun.

A few years later I played with a group of Japanese who were visiting our club. We got along very well and had a perfect day together. After a few weeks I received an invitation to play and teach in Japan. Later, in 1969, I was offered a contract with Dunlop Golf which took me to London. I still remember Mr Richard Brown, the man who took care of me in England. I also got a new membership card from the British PGA. Dunlop’s Head office in Japan was in Kobe, not far from where I lived in Osaka.

I was not particularly successful in competitions, yips and scoring problems but as a teacher, I was immensely popular.

I have always liked to learn myself and enjoy teaching others. I had two fantastic years in Japan and for a young man this was great, and absorbed the country, its culture, and the hugely different golf-environment.

Back in Scandinavia the winters were long and summers short. Golf only for a few months and I needed to work all year around.

I took a commercial flying license and worked at the school as an instructor to pay for the costly education.

I subsequently became a multiengine and instrument instructor, teaching future Airline pilots. Eventually, I became a Flight Captain and Supervisor in a major Scandinavian Airline where I was privy to courses in leadership, communication, human resources, psychology etc., all of which have been a huge benefit in my teaching.

During my career as a pilot, I kept in full contact with the golf world and attended courses and education through the Golf Federation. I was responsible for the Elite Teams and for a several years I was the Captain for an Elite Team in Stockholm, men and women, Professionals and Amateurs, all playing in the highest division.

I also have been the Head Professional at the most northern 18-hole Golf Course in the world, Tromsö Golf, which is situated in the most beautiful environments in Norway with “its own salmon river”. If you can ……. you should visit it. 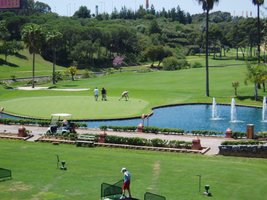 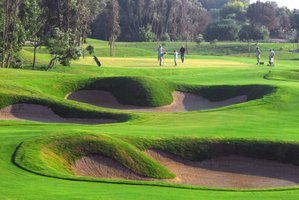 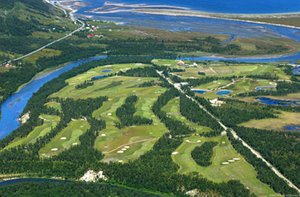 In the mid-eighties I became involved with the Swedish Golf Academy and was affiliated in the See and Do process developed by Mr. Per Arne Brostedt. He was a very and exceptionally fine Instructor who gave me a great understanding of how the brain works in the learning process. He learnt this all from a Meta-education arranged by the Swedish Golf Federation, and in the mid-nineties I also passed that education. This was one of the best educations I ever past, and it changed my life and my teaching philosophy.

At the end of the nineties, I moved to France where I embarked upon a four-month course arranged by the French Ministry of Sports to learn teaching “the French Way”.

Sergio Garcia Foundation in cooperation with US PGA invited me also to learn to teach handicapped people and persons with Arthtrosis.

To further myself, I took a course in England and completed a 2-year training period at an approved Training Establishment for PGA, - Power Golf - followed by a European Master Teaching Diploma and a complete PuttingZone Education.

I feel that after more than 50 years in golf and teaching, I have a wealth of experience to sort out the best, fun and most important things to teach.

Some Clubs and Schools I have been working or Associated with:

Education at its Best